i have been sketching a bit with gray toned paper to help me work on lighting and shading. These are a few practice pieces from my notebook.

I didn’t realize how popular it was to have caricature art done. I suppose that’s why you see these guys in malls and at theme parks doing airbrush art all over the place. It really is an industry that has a decent demand base.

After the last caricature style drawing I did I was hired to do 2 more other pieces from different sources.

On the first piece I had an assignment to incorporate places that they’ve vacationed to together. Particularly 3 places: Rome, Disneyland, and Colorado (ski trip).

The second piece was for a corporate project where they were celebrating the president being with the company for 5 years. I was doing a take on the classic Magnificent 7. I found a movie poster and went to work from there.

I don’t think my caricatures are very cartoonish as they could be. Where I think I am strong is that I am incorporating some background into the story of the pictures. 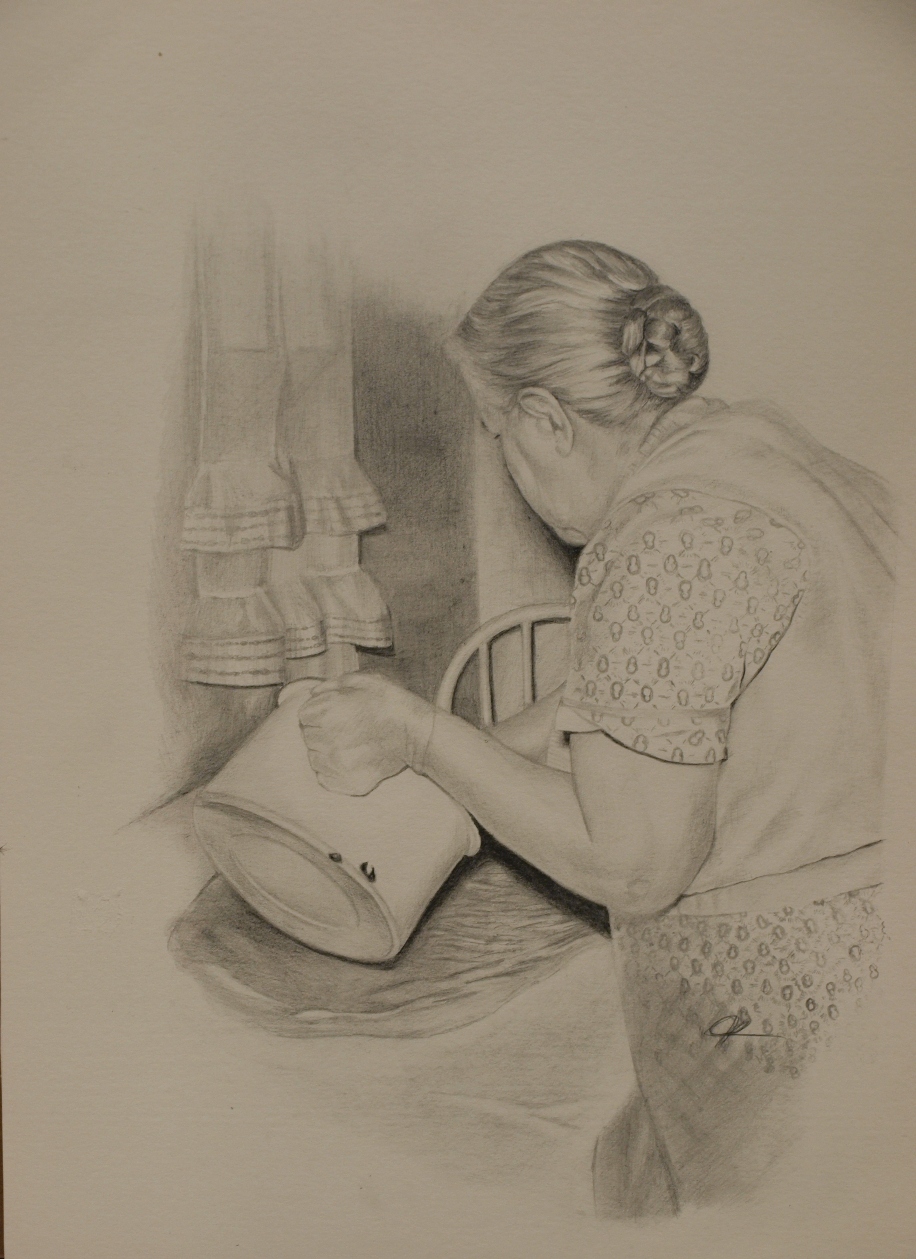 It’s been a while since I’ve posted. It’s bot that I haven’t been doing any artwork, but mostly that I have been getting involved with different projects and have been pretty occupied.

One of the big things that I’m excited about is my recent growth in portrait realism. I attached these sketches because I think they show how much further I’ve come. These are completed on a gray recycled paper that I have sitting around. I used photo subjects where there is a single light source available. It’s all cross hatching. I did use a little white paint for the white highlights.

I used to think that I would like colored pencils until I finally owned some. At the time I found them irritating to work with; they constantly broke and I spent too much time needing to sharpen them. I also found blending difficult though believe this is mostly because of my lack of skill with them. I am finding this to be true for most new things I try.

I was asked to use color pencils to complete this 4 part piece. My personal preference would’ve been to do a watercolor piece but my client knew what she wanted.

I learned that working with colored pencils is very similar to watercolors in that you need to plan ahead with your color application becasue there will be a lot of layering and cross hatching. In terms of photorealism, I am learning to approach an image with a plan. Much of my color planing happens while I am outlining the images on my paper. While I am thinking about outlining my dark areas and “lines” I am also thinking about what makes those areas stand out (the contrast) and how I would do that with my colors.

I still need to develop how I would like to use colored pencils and I am willing to practice and do more work using them. 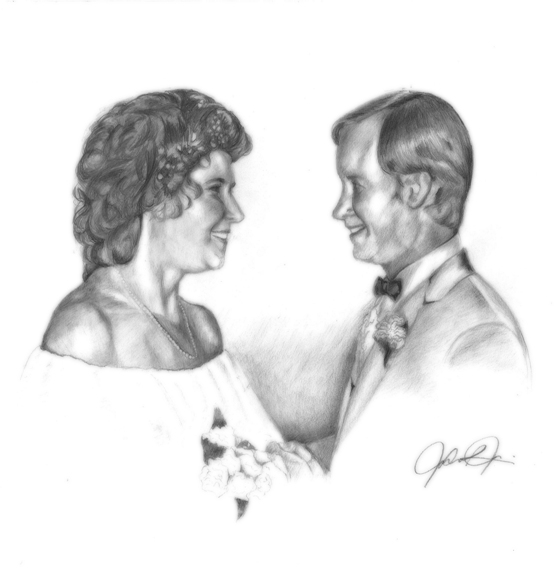 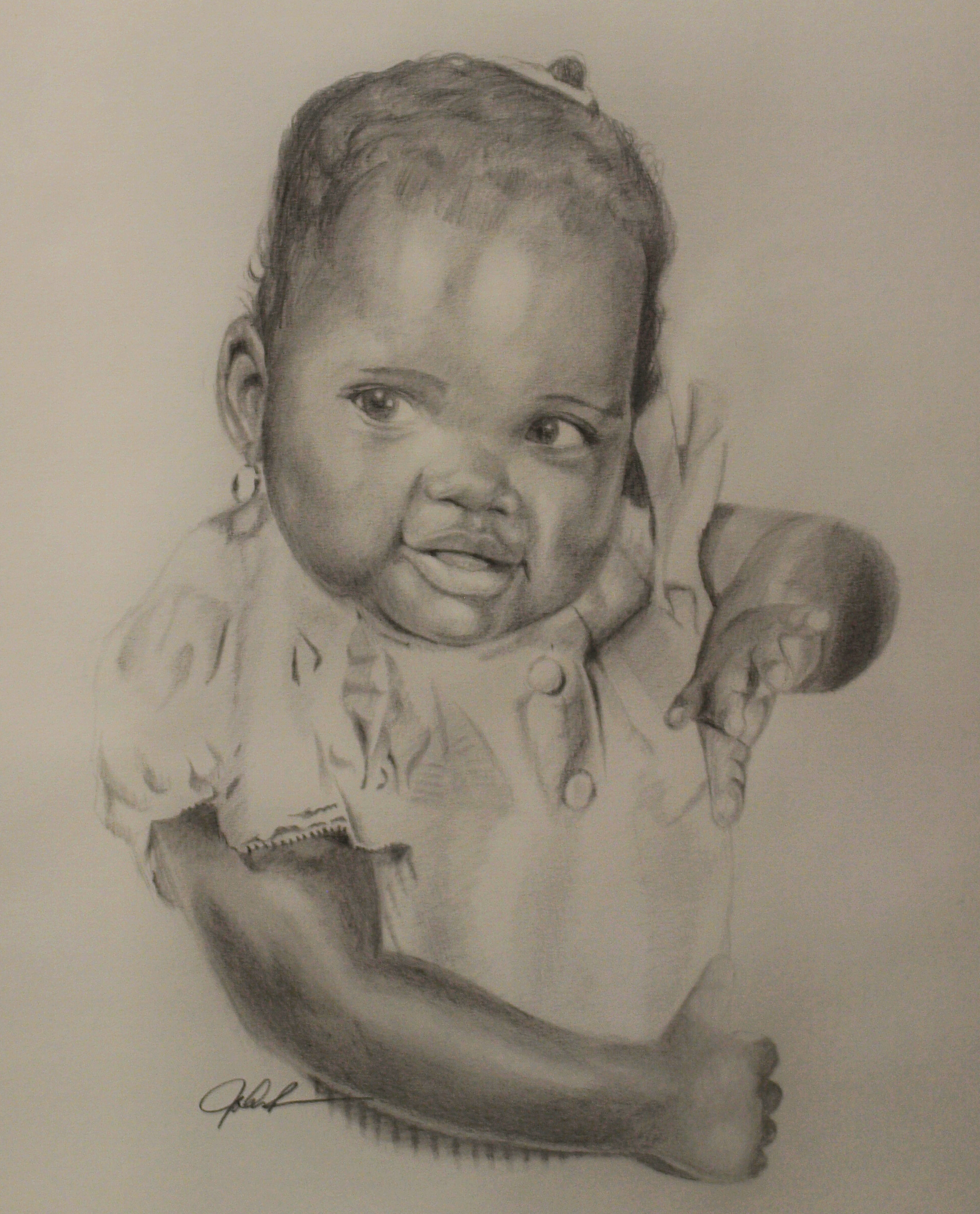